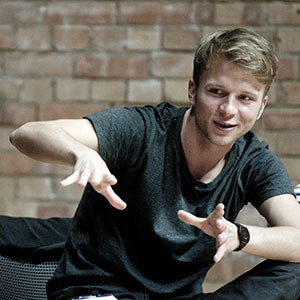 Aid system: blockchain about to push it to the edge

As giving, charity, aid and philanthropy have a humanistic foundation, on a matter of fact they became a Billion US$ industry. And as in other industries, there are currently some pretty amazing things going on in the aid industry. This post presents some building blocks of the development aid system and takes to look at some highly innovative approaches to improve giving and aid.

Just to get things into perspective, its worth looking at the fundamentals: It started in prehistoric times when someone with disposable assets handed something over — at these times most probably food — to someone less fortunate without expecting a direct return. No intermediary, no service provider, no charity, just two hands — one giving, the other taking.

Building blocks of the giving system

Things became a little more complicated as charity started to deal with greater challenges. Why?

The system works as long as there is the confidence with the donor that funds are transferred without loss and used properly, meaning: as intended by the donor. The system which evolved over time was designed to maintain the ability of the donor to decide at almost every point of the process. Without a transfer/trust block the other building blocks would not work as intended.

So here is the point: Over time the simple act of giving became a complicated business. Each of these elements added another block to the structure one can observe today in the charity sector.

As this seems to be quite straightforward, it helps to understand approaches to innovate the sector, to even “reinvent giving”.

Innovation in aid by “Aggregating” and “Consolidating”?

While there is already innovation in aid systems, blockchains may well change the game

But if it comes to trust and transfer of funds, no surprise, distributed ledger technology (DLT)-based projects are currently the big eye-catchers. Here are a few:

These are just very few examples of more than 60 thrilling and inspiring start-ups and initiatives in this field. At PositiveBlockchain.io you can browse a curated open-source database of hundreds of positive blockchain projects. These projects use distributed ledger technologies to generate positive social impact and solve some of our world’s burning problems.

Do you know of any other projects? Add them to our database !

Visit his blod at https://aboutronaldblog.wordpress.com.