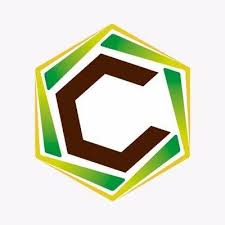 A sustainable economy implies a development model that integrates the economic, social and environmental goals of the community in a way that the needs of the present are satisfied without jeopardizing the well being of future generations. The fact that certain activities are not considered profitable for the market does not imply that they are incapable of producing valuable goods and services for the whole. On the other hand, some activities may be considered profitable because their costs, instead of being internalized by the producers, are transferred to the community as a negative externality. The development of a mechanism that is capable of aligning the behavior of the diverse actors that make up the community in a way that is consistent with the common good cannot wait any longer.

Jellycoin is designed in such a way that anyone that takes the (previously classified) residues to the recycling center is credited with tokens. These tokens can be used either to consume at the local shops or to pay local taxes. When the Jellycoins are transferred to the government as taxes they are burnt (otherwise, the monetary mass would tend to increase infinitely since the production of residues is a continuous flow). The government is willing to reduce its income in legal tender since, as a result of the implementation of Jellycoin, some of the expenditures related to waste management will be saved. Thus, Jellycoin not only encourages people to behave in a more environment-friendly fashion, but also strengthens the local trade circuits.

The fact that some activities are not considered profitable by the market doesn’t imply that they would be unable to produce valuable goods and services for the society,

The aim of the Circular Economy Zone is to take advantage of the valuable resources that society discards in order to transform them into useful products, and into a source of income for community members, This can be achieved through the implementation of a token that rewards those who contribute to recycling,

All the members of the community who collaborate in the recycling process (households separating at source, or collectors transporting waste to recycling centers) are paid by the system with a token that indicates the quantity of waste, in kilos, they’ve brought. The recycling centre uses the waste for the production and sale of “green inputs” for industries.

The token generated by the recycling centers is useful because it can be used for everyday transactions: households and collectors can use it to purchase products from local businesses, and even to pay local government taxes. Local businesses, once they received the tokens, can also pay a portion of their taxes with tokens or buy products from other businesses,

Through this virtuous economic cycle involving waste management, the community products and a special purpose token, the behavior of the various actors are aligned in a way that benefits the environment, the local economy and the common good.

Also with this form of approach is possible to register and to measure the carbon footprint of the waste recovered from the city that joins the system.