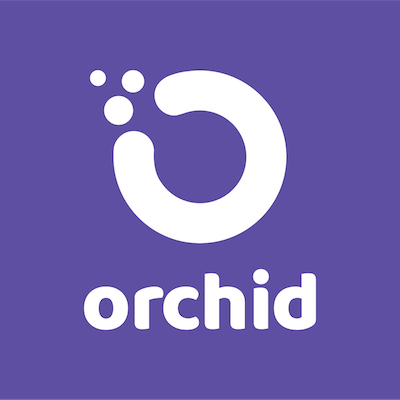 A world where users own the Internet

Orchid Labs Inc. is an open-source project committed to ending surveillance and censorship on the internet. The founders and I had been thinking: why can’t we build an Internet that no one can shut down, so that everyone can use it without fear? To do that, the concept of decentralizing everything made sense, because there’s no single point of failure. The Orchid protocol uses an overlay network built upon the existing internet, which is driven by a peer-to-peer tokenized bandwidth exchange, creating a more inclusive, liberated internet.

Orchid is the realization of many decades of work to use technology and entrepreneurship for social betterment. Token offerings are not for get-rich schemes nor are they a way to raise money when you’ve been rejected by every venture capitalist in town. But they can be a driver for technology that creates change. With Orchid, we’re building a new Internet, one that aims to restore to the internet to a place open and accessible to all, where communication and collaboration may flow freely.

THE ORCHID PROTOCOL
OUR MISSION
The Internet was invented for everyone. An open platform to access information, collaborate, and communicate freely across borders. Unfortunately, it’s no longer a place of true openness and freedom. But, we can change that. We’ve created an open-source protocol with a token-based bandwidth exchange to protect everyone around the world from censorship and surveillance.

WHY
Internet access for over 75% of the global population is restricted or censored. ISPs worldwide harvest and sell users’ data to the highest bidder. Orchid is a new surveillance-free layer on top of the existing Internet, allowing users to bypass firewalls, access information, and communicate freely. Join us and help create a truly independent, censorship-free Internet.

ALL THE RIGHT PARTS
Orchid combines its protocol with surplus bandwidth, state-of-the art-encryption, and a decentralized infrastructure to bring users surveillance-free access to the existing Internet. Because everyone is surveilled and bandwidth is ubiquitous, Orchid users can exchange bandwidth in peer-to-peer transactions using Orchid tokens on the Ethereum blockchain.

FAQs
ABOUT ORCHID
What is Orchid?
Orchid is an open-source project committed to ending surveillance and censorship on the Internet. The Orchid protocol uses an overlay network built upon the existing Internet, which is driven by a peer-to-peer tokenized bandwidth exchange, creating a more inclusive, liberated Internet. Orchid Labs Inc. is a delaware company with the mission of promoting and supporting the research and development of the Orchid Protocol. Orchid Labs Inc. was founded in 2017 by leading technologists and is headquartered in San Francisco, California.

What is the purpose of Orchid?
To make the Internet free of surveillance and censorship again.

How does it work?
The Orchid Protocol is an open-source overlay network that runs on top of the Internet. Its fully decentralized, because rather than traffic being routed through central authorities—your ISP or your VPN—it’s instead routed randomly through a network of bandwidth contributors who sign up to share their surplus bandwidth and activate their Internet-connected device as a ‘node’”Users that want to access an uncensored Internet (bandwidth consumers) pay the bandwidth contributors in Orchid tokens through a peer-to-peer exchange. Because neither the traffic nor the payments can be monitored by central authorities, both contributors and consumers of bandwidth enjoy a fully anonymous, surveillance-free experience.

When will it go live?
Orchid protocols are available in private alpha to select recipients today. Later this year, all Orchid software will be published to the open source community. Early in 2018 we plan to offer a public beta of the Orchid Protocol to help billions of users on all corners of the globe make Internet Freedom a reality.