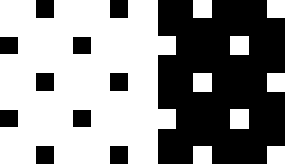 VOLUNTEER YOUR COMPUTER'S SPARE POWER TO GET PEOPLE OUT OF JAIL

When you download the app, a small portion of your computer’s unused processing power is redirected toward mining a popular cryptocurrency called Monero, which is secure, private, and untraceable. At the end of every month, we exchange the Monero for US dollars and donate the earnings to one of the bail funds in the National Bail Fund Network on a rotational basis. Bail Bloc is currently mining Monero for the Immigrant Bail Fund in New Haven, Connecticut, and from November 2017 to November 2018 mined Monero for the Bronx Freedom Fund.

100% of the currency your computer generates is used by the Immigrant Bail Fund to post bond for people in ICE detention, effective immediately. Additionally, between November 15 and December 15, 2018, The New Inquiry will match in dollars the amount of Monero mined by users.

Like cash bail, immigration bond is an amount of money that the government requires of the recently detained in exchange for their immediate-term release. Unlike cash bail, however, immigration bonds are not legally guaranteed. Only 47% of people in ICE detention are given a bond hearing.1 Those who can’t afford to pay the bond that’s set, or who aren’t granted bond at all, are forced to wait for their day in court while detained, a duration that could last months, and frequently lasts years.

An estimated 1 in 5 people are in ICE detention because they cannot afford to pay their bond. Bond amounts are set at the discretion of individual judges, and therefore vary drastically, ranging from a minimum of $1,500 to a maximum of more than $100,000. In Connecticut, the median immigration bond is $15,000, nearly double the national average. Like cash bail, immigration bonds punish the poor by forcing those who cannot pay for their freedom to remain in detention until their hearing.

ICE detention is notoriously cruel in its methods of enforced and protracted isolation. Immigrants who face deportation are not guaranteed legal counsel, and the private prisons from which ICE contracts detention space often charge people exorbitant amounts to use the phone. Only 14% of people in ICE detention have representation, and 97% of those who are detained without representation are eventually deported.

Immigration proceedings are divided between two dockets: detained and non-detained. The detained docket is essentially the fast-track to deportation, because cases are heard and ruled on in a matter of months. Bailing someone out from ICE detention removes them from the detained docket, and therefore buys them time to find an attorney, build a legal defense, and return to their communities. Most people who are released prevail in their court proceedings: in 2015, two out of three people who were released on bond won their cases.