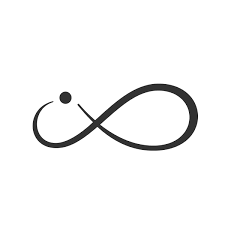 Swarm City is a decentralized swarm of people who believe in changing the world through enabling peer to peer transactions. We express our value through SWT, a token on the Ethereum blockchain.
We believe every human being should have access to a marketplace to exchange their created value, and be able to transact freely with any other human being, without other party involvement.
We don’t have leaders, founders, management,… we don’t believe in titles. People who create value don’t need titles, they have reputation and actions to support it.
We have a core team of people with the skill-set needed to kickstart this decentralized community. They have access to the Ether raised in the token offering, and through their actions, they will turn the ETH raised into value for the community. This will in turn give active swarm members the tools to make the platform sustainable.
We believe in Swarmwise principles and voluntarism, and organize and act in non-coercive ways.
We believe in open-source creation, and sharing knowledge and ideas freely.
We believe that the person who spots a problem is probably best suited to solve it.
As our city grows, reputation will be the compass that identifies leaders in Swarm City. A fancy title like founder, or leader has no value. The true organizers will be known by their reputation in maintaining hashtags, and by running hives.