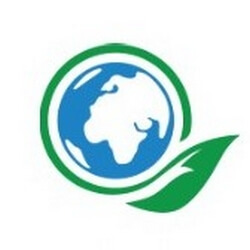 It leverages breakthrough technologies, such as blockchain and virtual reality, to address the world’s toughest environmental and economic challenges. SI believes that transparency and economic inclusion will bring the billions of people living in the shadows of society into the forefront.

How Blockchain Technology is Helping to Clean the Niger River
Ogoniland, situated off the coast of the Gulf of Guinea in southeastern Nigeria, is considered the most polluted region along the Niger Delta and among the worst in the world.

There has never been a cleanup of the oil spills in the Niger Delta, culminating in 50 years of neglect and lack of accountability among oil and gas companies, wealthy elites and the government. Consequently, as sentiment is changing toward solving the problem, all the parties – the government, oil companies and the community – no longer trust each other.

This presented the opportunity to experiment with the blockchain at the community level.

SI is currently incubating Sela, an enterprise blockchain payments platform that reverses the havoc that systemic corruption has wreaked on the value of hard work and reputation.