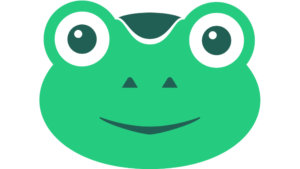 Given the current state of the digital landscape, there is only an illusion of choice when it comes to what technology products and services may be used to communicate, network, find information and discover news online.

But the general public is gradually coming to see that their internet experience is increasingly being shaped and influenced by a handful of companies with their own special interests and agendas at stake.

At Gab, we believe in the power of people and the strength of community. Our goal is to keep the social web grounded in the freedom of expression, information and speech.

Reserve shares in Gab to join and support a growing global community of people committed to free speech unencumbered by regulatory interference from special interests or the old guard of Silicon Valley. In order to be true to its mission and maintain its exclusive place as the world’s first and only ad-free social network, Gab must be owned, powered and funded by you – The People.

Our mission is to provide everyone with a censorship-proof social networking protocol that champions free speech, individual liberty, and the free flow of information online.

The Exodus Protocol
Gab started as a single, centralized application built on top of the existing internet infrastructure. We soon learned that centralized gatekeepers could prevent anyone from building and distributing an application, stifling innovation and market opportunity. After realizing this empirically when Gab was rejected from Apple’s App Store for “”objectionable content,”” removed from Google’s Play Store for “”hate speech,”” and threatened by our domain registrar for the same reasons: we knew that it was time for a new solution.

Our vision is to evolve beyond one application by empowering developers from around the world to build on top of an open peer-to-peer social media protocol. We are calling this the Exodus Protocol and will be building on top of existing open sourced peer-to-peer technology to create a new peer-to-peer social media protocol of our own. We recognize that existing blockchain technology has many limitations including latency, cost, scalability, and a rapidly evolving ecosystem. While we are excited by the future potential of many projects in the blockchain space, we believe that building on top of existing peer-to-peer protocols such as the Dat Project, IPFS, and existing cryptographic peer-to-peer protocols are the best immediate path forward to getting the Exodus Protocol off the ground.

Peer-to-peer connections and exchanges of value are paramount to our vision for the Exodus Protocol. With this in mind, we’ve determined that an ICO (Initial Coin Offering) is the crowdfunding approach that aligns most directly with Gab’s market offering. We believe that, like many of our users, investors in Gab will be supportive of a crowdfunding campaign that champions a decentralized and truly democratic approach to raising capital. The crypto community inherently understands the importance of defending a free and open exchange of ideas on the web. Our aim is to empower everyone, not simply VCs or the 1%, to participate in our ICO. Unlike many ICOs, Gab has an existing product, customers, brand, and track record of success. We are seeking partners who share our longterm vision for the future and want to help us build a protocol that defends the freedom we love for generations to come.

The primary objective of this ICO fundraising campaign is to establish an Open Developer Ecosystem for the Exodus Protocol. We will follow these key steps to make this happen:

The Exodus Protocol stands for bringing people together of all races, religions, and creeds who share in the common ideals of Western values around individual liberty and the free exchange of ideas.

Here at Gab, we put people first, providing them with the tools they need to create and shape their own online experience. Gab was launched to appeal to consumers unhappy with censorship. Like other social media platforms, Gab allows users to upload and stream their own videos – but then distinguishes itself by not censoring content based on viewpoint. The Exodus Protocol will compete against pre-existing platforms such as YouTube, Twitter, Facebook others by appealing to digital consumers who oppose political and/or ideological censorship.

Free, Legal Speech
From its inception, Gab has been committed to appealing to people of all races, backgrounds and political persuasions who support the free flow of information. As Co-Founder & CEO Andrew Torba said upon its launch, “Gab is not FOR any particular group of people, political leaning, race, beliefs, or anything. Anybody is welcome to express themselves on Gab.”

Of course Gab does not advocate hate speech. In fact, Gab terms state that it “treats all people with respect and dignity, regardless of their background, origins and point of view.”

But while Gab prohibits rhetoric that advocates violence or illegal activity and allows users to block hateful speech, Gab does not forbid any speech based solely on viewpoint.