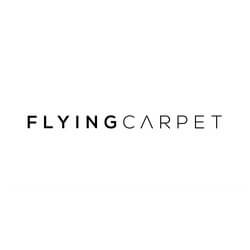 The flying carpet MVP was developed in 6 weeks time and tested in three different sectors of activity. The idea emerged after traveling for 10 months in more than 20 different countries worldwide.

Flying Carpet owner
The first decentralised, charging and docking station for air space which uses blockchain and renewable energy. It can be connected to the AirAI network to generate an income stream.

Drone owner
Drone’s owner can connect their drone to the network for generating an income stream when their drone is required by the AirAI network to accomplish a task.

Developers
Services on the AirAI.network are built by 3rd party developers via open source smart contracts leveraged by the airAI token. Black boxes (Machine learning algorithms) are pushed into the Virtual Reality engine for testing before being used by the network as autonomous tasks.

Business
Businesses can use the AirAI.network app to have access to different services that require an autonomous drone: like inspection of coconut palm trees, rooftop analysis, thermal imaging for buildings and houses, transportation, biomass crops and etc.