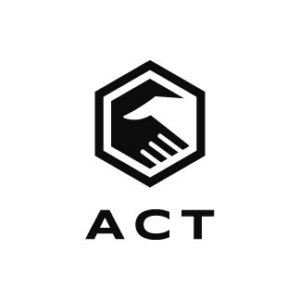 ACT is a decentralized funding platform for Activism and Social Good.
It is supported by the ACT Foundation a Swiss non-profit whose purpose is the promotion of donation-led support that improves the extent and capability of citizens to hold the state accountable and make it responsive to their needs.

The Platform has its own publicly tradable crypto-token called CE7 that proposal curators hold. Curators are rewarded with a percentage of Platform revenues. To vote on proposals using the ACT App, you need to buy ACT. This is also a crypto-token purchased with Ethereum on the ACT App. It is not publicly tradable. The revenues from ACT purchases fund causes, support Platform development and promotion, and reward curators.

Proposals are submitted to the ACT Curation Engine where they are curated by ACT curators. Only activist proposals qualify for ACT funding and they are only funded if a quorum is reached during voting. Other proposals go directly to an Open Funding section of the App, a funding smart contract is created, and proposal-makers can crowdfund with links to their campaign page on the App.